The Random Acts of Cupid 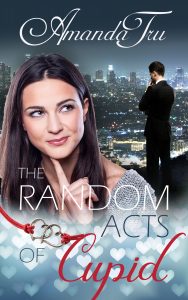 Elise Hutchins has a secret. She likes to anonymously play matchmaker for people she doesn’t really know.

But when lawyer Ryan Jenkins discovers she’s Seattle’s Cupid, he thinks her methods are deceptive and she shouldn’t be interfering in the lives of others.

Now Elise has 24 hours to present her case and prove her character to Ryan. Otherwise, he will reveal her secret and ruin her reputation along with possibly all of the good she’s done.

Will following her around on her Cupid errands change his mind about her? And, in the end, will Elise sacrifice her own chance at love to make one final match for her best friend?