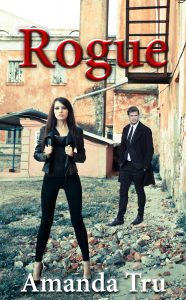 When the more honorable action requires a little treason…

Homeland security agent Kelsey Johnson never wanted the assignment, especially when it involves coercing Garrett Matthews, a man she despises. But instead of delivering Agent Matthews his new orders, Kelsey finds herself on the run and caught in the same mess Garrett was ordered to retreat from.

With their lives at stake, Garrett and Kelsey are now considered the enemies, and are being hunted by everyone, including their own department.

With their friends, Rachel and Dawson, their only help, Kelsey and Garrett must evade those intent on killing them and locate the evidence to clear their names before their powerful enemy catches up with them. Unsure of even the existence of such redeeming evidence, they may be forced to seek help fro the very enemy who started it all.

Unfortunately, there is a reason Kelsey has never been a field agent–a well-guarded secret that puts both her and Garrett’s lives at risk. Though she knows she can’t be trusted, she also can’t bring herself to confide in Garrett, wanting to believe that the ghosts of her past won’t haunt her.

But in the end, with her life a trigger’s breath from being over, and a secret that could change the entire country on the line, will her own secret cost her everything?